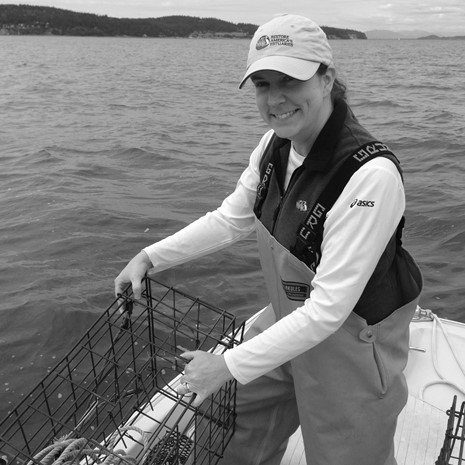 Elsa joined Island MRC in January 2015 after she became intrigued by the concept of Marine Resources Committees while studying at the University of Washington under Dr.Terrie Klinger, a former San Juan MRC member and Northwest Straits Commissioner. The idea of a localized, bottom-up approach to protecting and restoring marine resources appealed to her as she was forming a career around her love of the marine world. Elsa is the Senior Director of Restoration for Restore America’s Estuaries (RAE), an Instructor of Marine Science at Trinity Lutheran College in Everett and is also a member of The Coastal Society and the Coastal and Estuarine Research Federation.