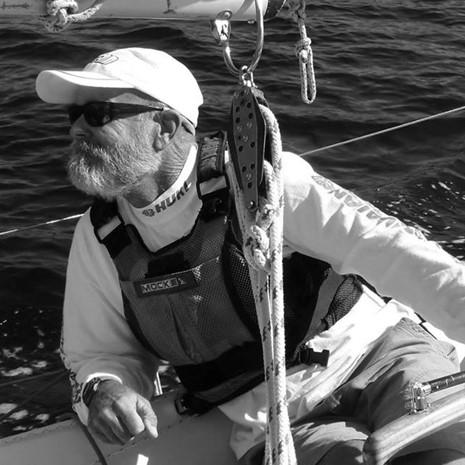 The Northwest Straits Commission welcomed Alan Clark to the Initiative family in 2015, when he joined the Clallam MRC. He was elected as the  chair of the Commission in 2019, serving two years before completing his terms in 2021. Alan grew up near the beach in southern California where he enjoyed exploring the ocean and working in biological sciences. After moving to Washington, he met an MRC member who invited him to one of their meetings, where Alan realized how important the MRCs were in addressing local marine conservation issues.

As an MRC member, Alan has been able to combine his passion for science with his affinity for marine conservation. Alan has a particular interest in kelp and says that, "Kelp is essential for nearshore health. A kelp forest is as intriguing as a giant redwood forest." He has been active in the kelp monitoring in Clallam County and is avid about making citizen science safe for everyone by emphasizing kayaker safety during surveys. Thank you for sharing your passion, Alan!