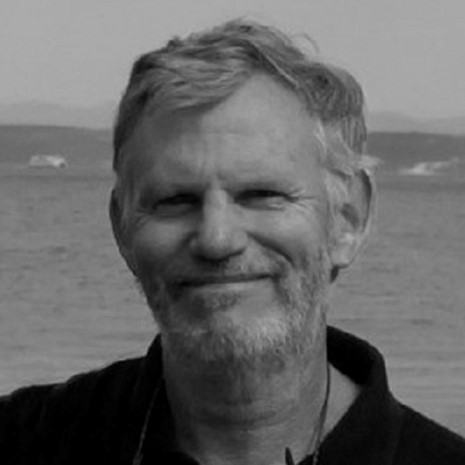 Get to know more about Jeff Taylor, who serves on the Jefferson MRC and is their representative on the Northwest Straits Commission.

Were marine environments a part of where you are originally from and your upbringing?
Jeff grew up on the coast in Southern California in Palos Verdes when it was still fairly undeveloped. He took up diving, surfing, and fully embraced the coastal lifestyle. Jeff is inspired by his travels to experience healthy oceans firsthand in the South Pacific, Caribbean, and the Galápagos Islands.

What motivated you to join the Jefferson MRC?
Jeff first headed into marine biology starting in high school, learning about habitat, diving, and surveying, but physics and engineering became his life’s profession. He and his wife have always volunteered in their surrounding communities, from working as forest stewards to restoring a neighborhood greenbelt. It was a natural fit when they moved to Port Townsend to be on the water. Participating on the Jefferson MRC allows him to return to his early passion for marine biology and be able to give back to Salish Sea environment he is connected to and cares so much about!

What have you enjoyed the most about participating on the NW Straits Commission and the MRC?
The aspect Jeff finds most valuable about volunteer service is it allows a connection to people outside of one’s normal social group and from entirely different backgrounds. He enjoys the multi-generational dynamic of working with young people. He notes you can’t help but get to know people when you are out on 3-hour long surveys together!

He also appreciates learning new skills in satellite imaging and GIS programming since becoming involved with the NW Straits Initiative. He encourages other folks also in retirement to join a local MRC, as it has been rewarding to go outside to help with projects after spending his career inside an office cubicle.

What is the most concerning impact to the Salish Sea ecosystem you feel should be addressed in the next couple of years?
As an engineer, Jeff seeks deficits in a process or system, so he sees a need to continue looking at impacts to the Salish Sea and restoration needs, and providing education to local communities. Loss of habitat due to overharvesting and other uses is also a top concern for Jeff. He sees value in focusing on the local level, where there is the most leverage in influencing and affecting the marine ecosystem.

What is a highlight for you as the summer of 2021 comes to a close in the beautiful Pacific Northwest?
Being able to spend more time outside and participate in low-risk (COVID-19) social and recreational activities such as hiking and backpacking.